"Shoya was the sort of person that when you met him a little piece of you fell in love with him. His energy and enthusiasm was deeply infectious" (Azi Farni) 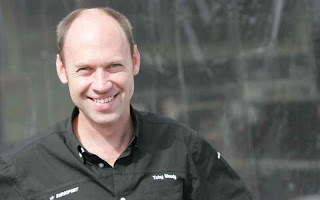 I only really got to know Shoya Tomizawa after Jerez, early in the season. I had gone to find his crew chief Gilles Bigot, after oil had spilled onto the track from Shoya's Suter during the Moto2 race, sending nine bikes down the road on the opening lap.


It was one of those sunny post race evenings and everyone was in great spirits after a cracking day's racing. Shoya-san had got on the podium for the second time in two races from the restart, and was leading the championship. Humble and happy to be there as a 19-year-old, the team loved him to bits because they were collectively underdogs. At that point in the season, Technomag CIP's rough diamond had the measure of all but Toni Elias.
How could you not be charmed by the wide smile and boundless enthusiasm of Shoya, with his sparkling eyes and his 'big hand' wave that saw his whole arm rush across the TV screen?
Gilles and I got to know each other back in 1997 when he was at Repsol Honda engineering Alex Criville in the 500 class, but this season one sensed that Bigot was back into his winning ways. He loved it too. Indeed, I went to the back of the garage after the first day at Brno to see how things were going. As with all these guys, Gilles was busy with Tomizawa, but upon seeing me, took his glasses off and told me about their day.
I tried to leave as they were going through data, but it struck me then how alike the pair of them were with their endless 'can do' attitude to life. With all of the garages that one can go into on a grand prix weekend, there were none happier than that of Tomizawa and the CIP squad.
Posted by Tragone

Shoya on stage in Donington 2009 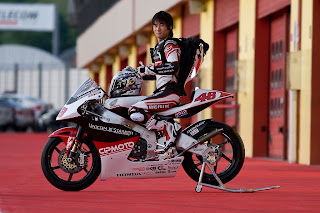 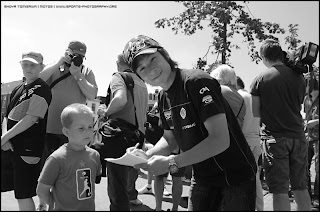 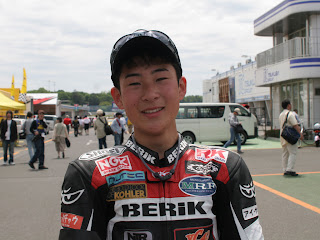 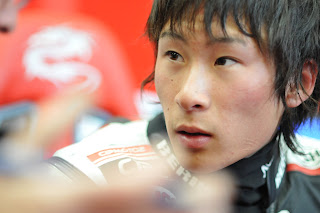 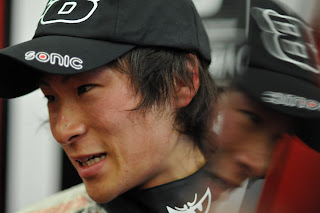 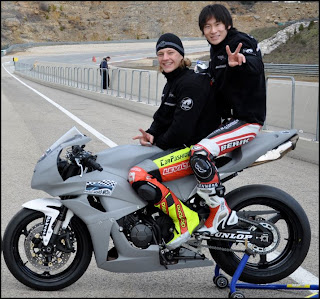 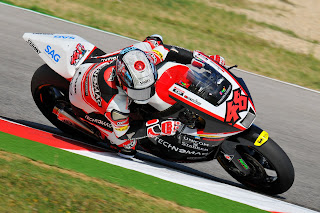 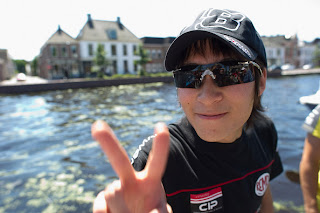 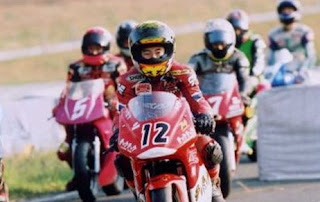 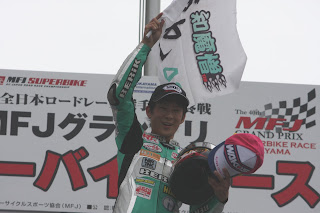 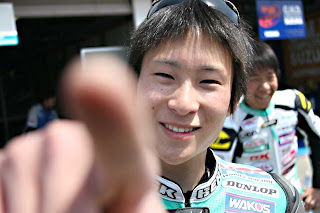 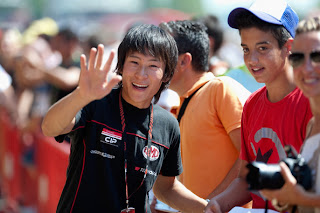 On stage in Germany

Michele D'Auria/ Believe in your dream 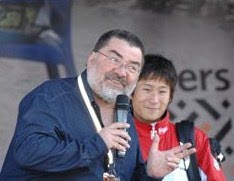 This is the Shoya I'd like to remember, smiling hear to hear"Michel Hulshof"www.sports-photography.org

Riding a Solex in south of France 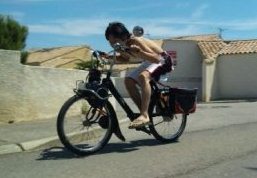 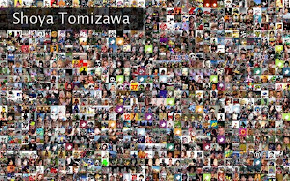 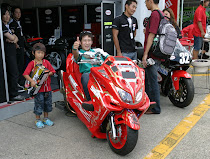 When it all sarted 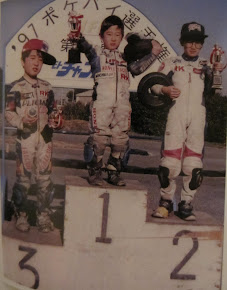 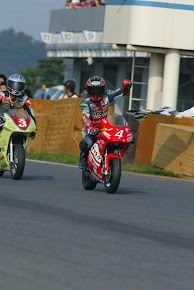 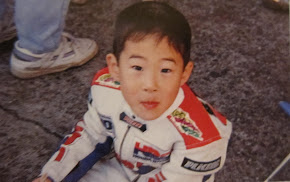 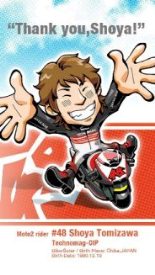 Nickname given to Shoya by Mr Youichi UI 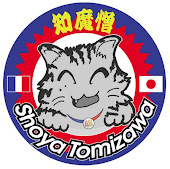 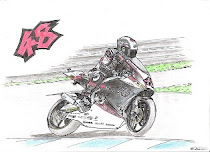 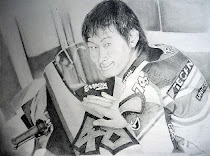 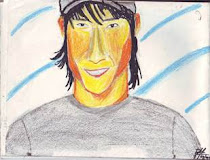 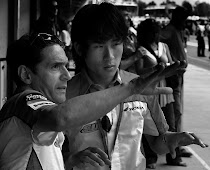 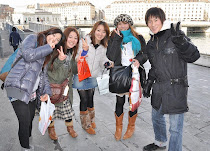 Links to blog and website paying tribute to Shoya